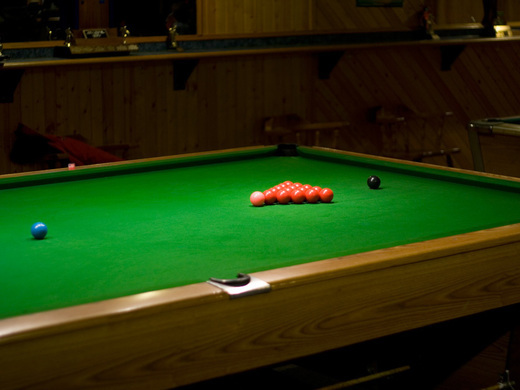 Entries have now closed for tomorrow's 2nd Ranking Event and the final list is published below. Any player wishing to play that hasn't yet entered may notify Darryl and go on a standby list. With 20 confirmed players, we will be running 5 groups of 4 players. Given that we can put 14 players on at once and have just 6 sitting out the first session, we will still make the draw live tomorrow morning and we would ask that all players entered are here BY 9:45am and we intend to start closer to 10am. The venue will open at 09:15 and a short briefing will be held by the tournament director.
The 3 matches involving the 6 players that don't play first will be the next 3 matches put on following the first session. From the 5 groups, the top 2 players will qualify to a last 10 stage, where the players will again be ranked based on group position and frame difference. The top 6 seeds will go into the Quarter Finals and there will be a pre quarter final round between 8v9 and 7v10. The two winners will then meet the number 1 and 2 seeds respectively in the quarter final round. As always, players should be prepared to be playing the knockout stages during the evening. Please remember the dress code: Collared shirt, polo shirts short and long sleeved are accepted. Smart dark formal trousers and smart dark formal shoes. NO jeans blue or black, trainers or work trousers/work boots will be accepted.
PAUSE FOR REMEMBRANCE SUNDAY
During the ranking event the arena will observe the two-minute silence for remembrance Sunday and so matches in play must pause during this time. This will be coordinated by the tournament director who will begin to stop play from 10:59 regardless of current frame situations.